With impressive three-part harmonies, a dedication to songwriting, and unwavering optimism, HIGH SOUTH has developed a dedicated following through their records and touring since the year 2013. A captivating project that draws comparisons to classic rock bands like the Eagles, Doobie Brothers, and Crosby, Stills and Nash.

The group’s two original founding members Jamey Garner & Kevin Campos sum up it this way: “As vocalists we are always drawn to harmony. It’s such a naturally pleasing sound that we’re absolutely hooked on — and it was never more prevalent than the 1970s. Every kid learns from their environment and we were fortunate to have parents that exposed us to the music of this era. In a sense, it’s in our soul.“

Garner grew up in the small town of Chester, Illinois. He began singing in church at age five and a few short years later, happened to find a harmonica laying in his backyard. Curious, he picked it up, dusted it off, and started to play. That moment sparked a lifelong interest in music for Garner. Although his college degree is in public relations, after graduation Jamey attended The American Musical and Dramatic Academy in NYC. He went on to a leading role in the Hit off-Broadway production of „Our Sinatra“ and was a top 10 finalist on the USA Network’s reality TV series, Nashville Star. Garner was quickly picked up by the William Morris Agency and spent the next few years touring the US opening for Country Music’s biggest names: Blake Shelton, Dierks Bentley, Kenny Chesney, Brooks and Dunn, to name a few. Garner was also a featured soloist with the Christmas juggernaut, Trans Siberian Orchestra.

At the same time Campos was growing up in the San Fernando Valley of Los Angeles. As the son of immigrant parents from El Salvador, and surrounded by the diversity of “The Valley”, he developed a love for performing music of all kinds, especially Rock n Roll. By the time he graduated High School, he was a regular on Rock stages around LA like the Cobalt Cafe and Whiskey A Go Go. His passion for performing led him to attend and graduate from the famed Musicians Institute in Hollywood where he honed his skills as an instrumentalist and singer – skills that led him to singing behind such diverse artists as Babyface, AJ McLean, and three world tours with Enrique Iglesias.

It would still take a few years before Garner & Campos would meet, play guitars and bond over the harmonies of some of their favorite artists, such as The Eagles, Crosby, Stills & Nash and America. Almost immediately, they realized they had created something special! 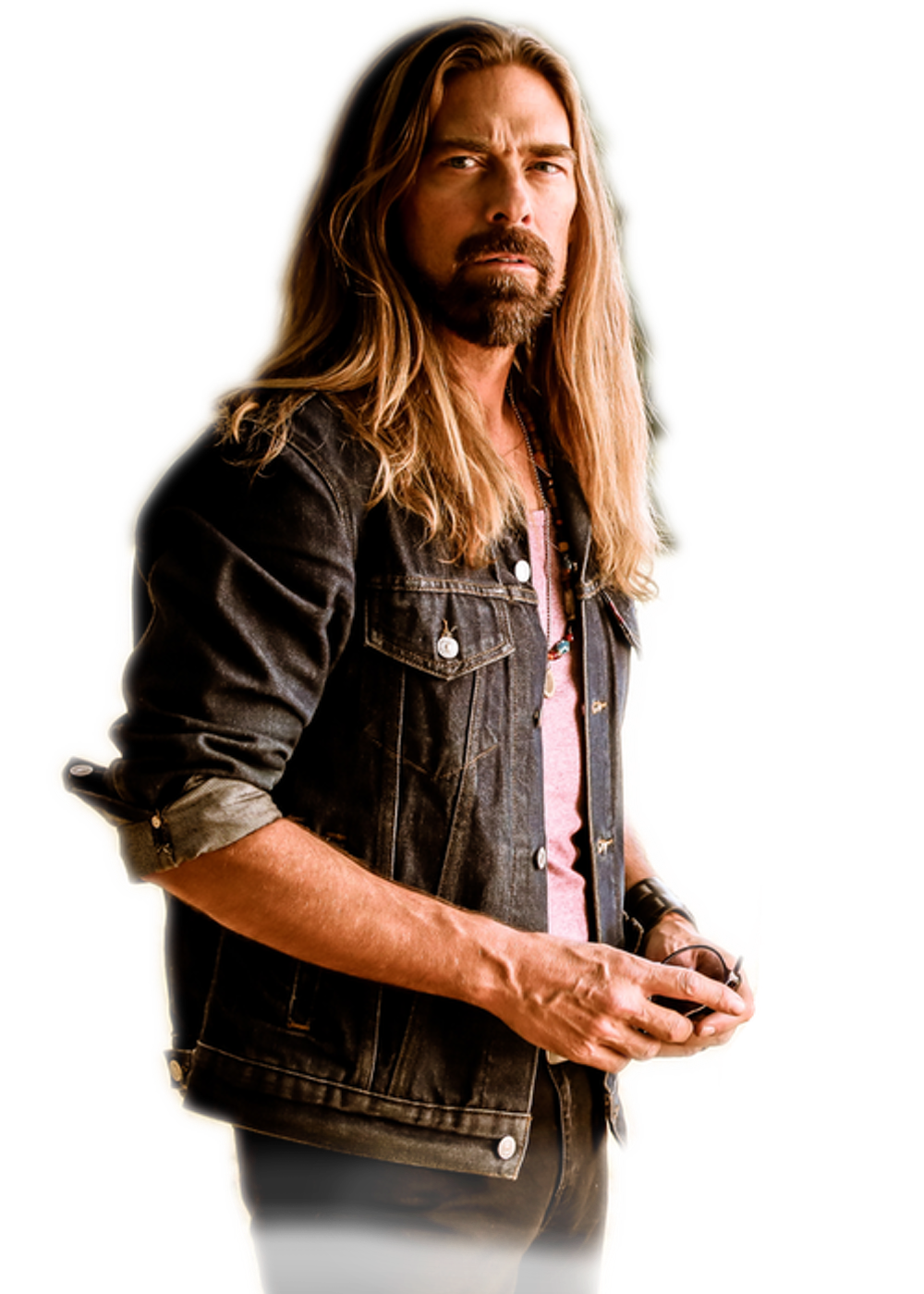 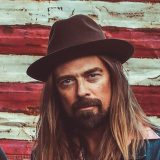 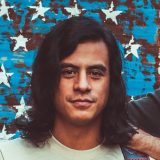 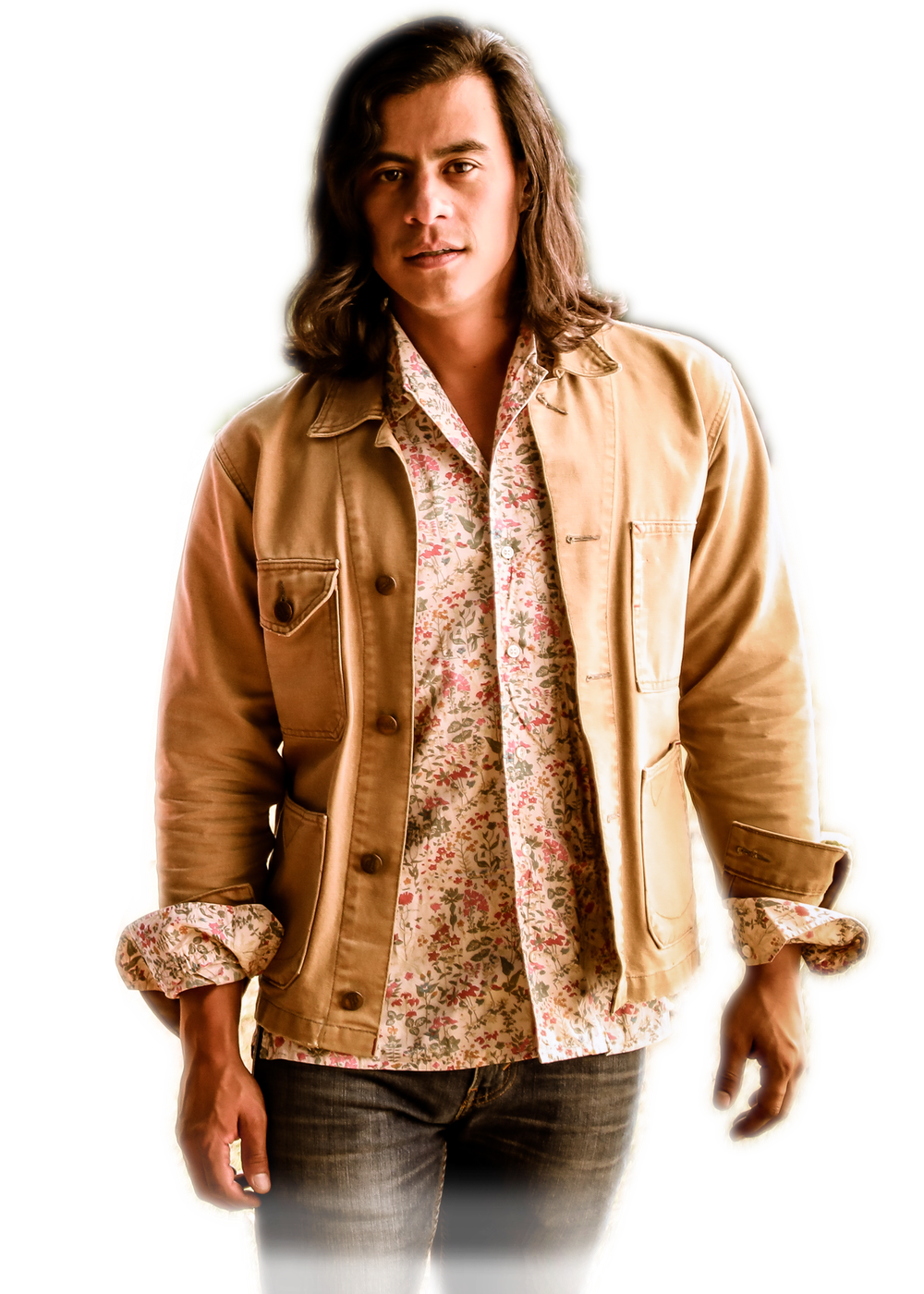 “I got this phone call to try out for this band that was getting together that sounded like the Eagles. That’s right up my alley – I love that harmony. Harmony goes back to the reason I started doing this in the first place. That’s when I met Jamey.”

In 2013 HIGH SOUTH were born, discovered and signed to Universal Music Europe, who would release the band’s first two records, with bandmates and co-songwriters Marc Copely and Dillon Dixon being part of the group then. High South’s first album „Now“ was recorded in Mark Knopfler`s studio in London and engineered by Chuck Ainlay (Dire Straits, Mark Knopfler, Bob Segar, Peter Frampton).The album also appeared under the title „Our Way Back Home“. It reached the top 10 of the Austrian album charts, with the titletrack „Now“ and „One Night At A Time“ being released as singles.

The second, self-titled album, co-produced by Chuck Ainlay followed in 2014 and peaked at number 16 in the Austrian charts again, containing the earworm single „Rockstar“ and the deeply poignant song „Honestly“, which continues to be one of the highlights and fan favorites of every High South concert.

After original bandmates Dillon Dixon and Marc Copely left High South to pursue other interests, Nashville songwriter Phoenix Mendoza joined the band. Garner and Mendoza had met in Nashville early in their careers and both shared a love of music from the 70’s. 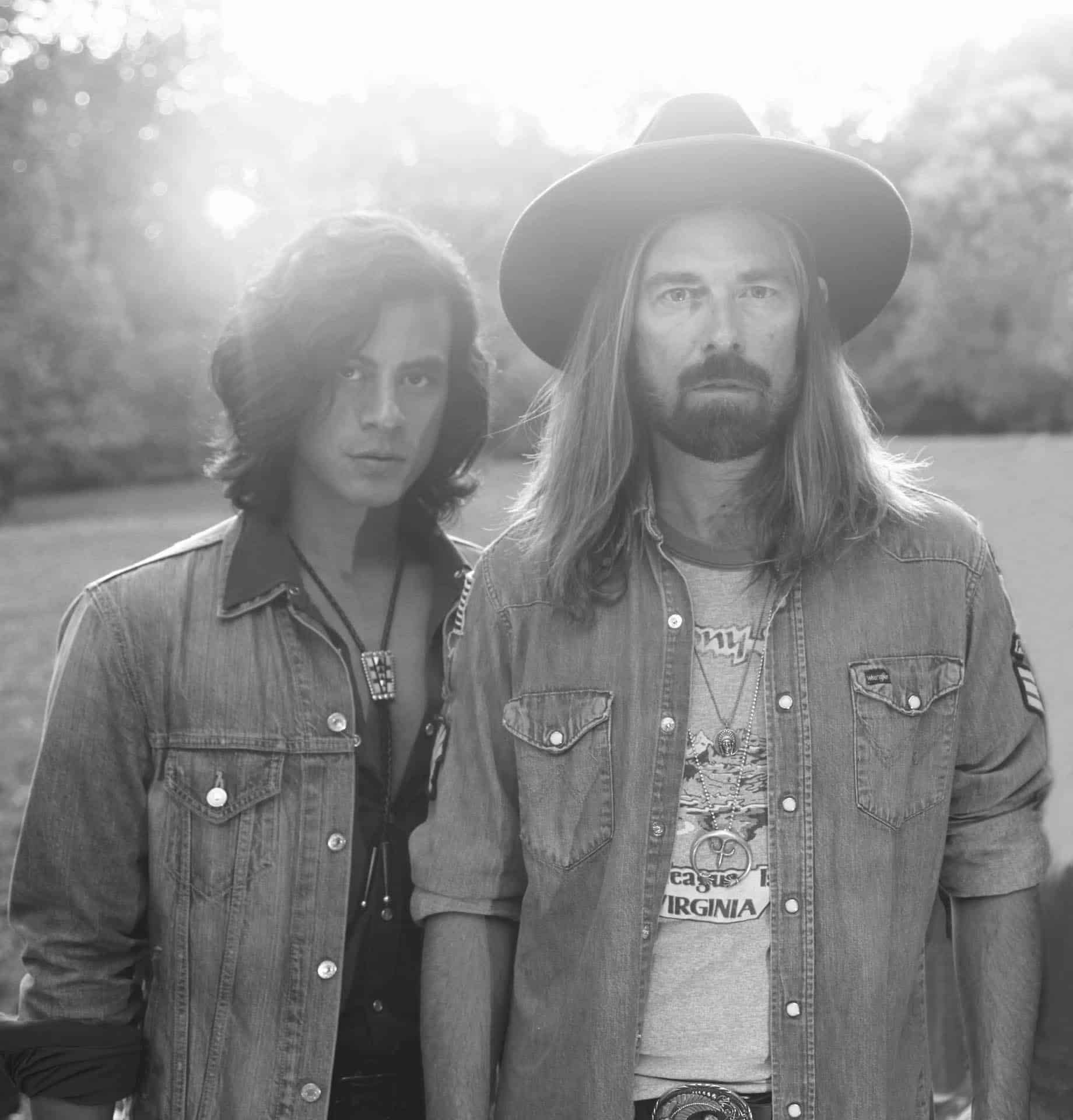 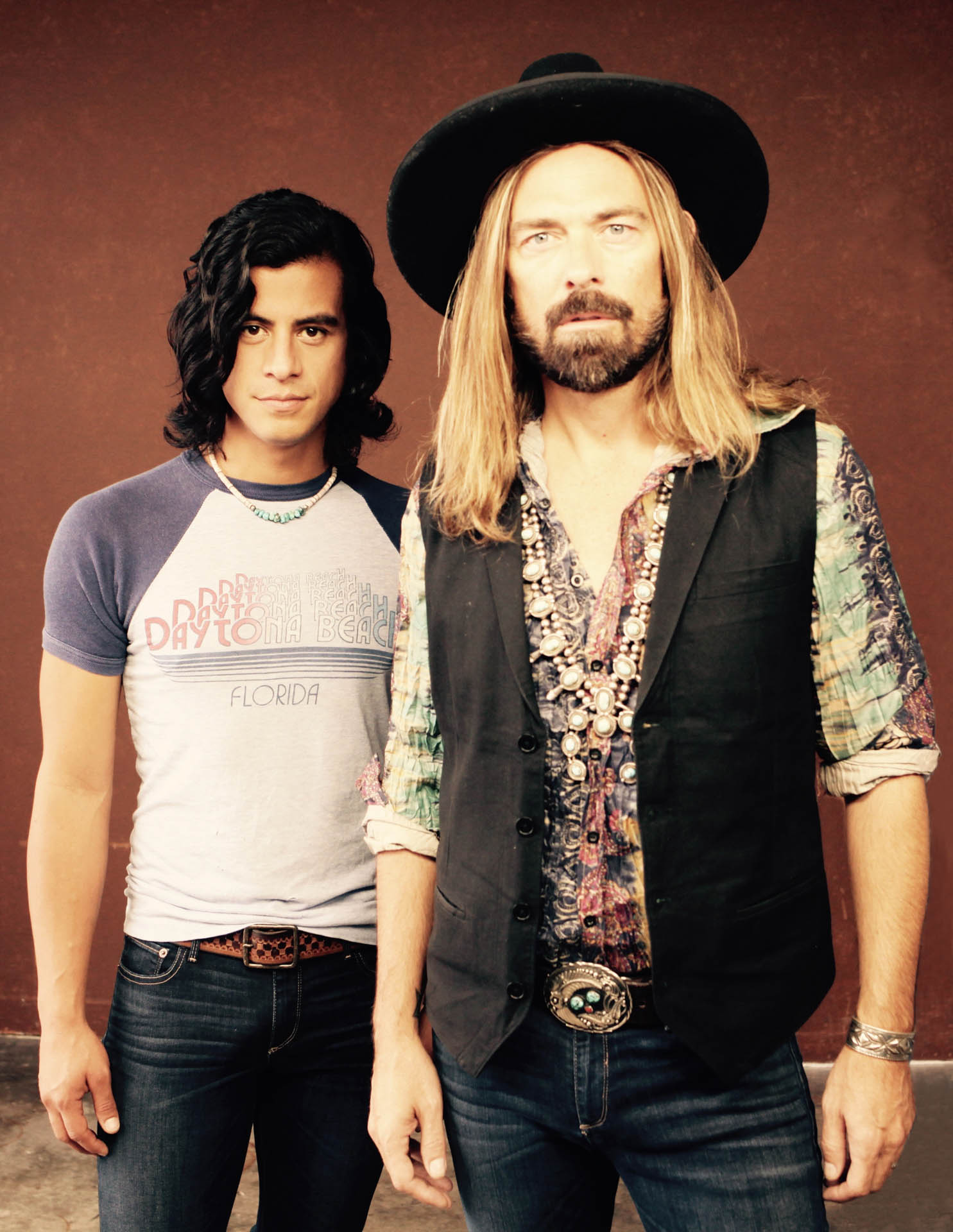 The project’s empowering first lead single, „Make it Better“, was a mission statement for the band and scored massive airplay in Germany as well as their follow up singles „All We Need“ and the album’s title track „Peace, Love & Harmony“.

High South was poised to conquer Europe in 2020 and flew across the big pond to embark on their six week PEACE, LOVE & HARMONY European tour. Unfortunately, their tour came to a dramatic end after only four shows, when the band had to be flown out of Munich. Their escape was literally in the very last minutes and on the last plane to leave the country before the world was shut down, due to a small virus with a very big impact. What followed was two years of total chaos and turmoil for everyone around the world – also for High South. While the band had a solid fanbase and income with about 150 shows a year in the US alone, they suddenly found themselves without concerts and income for over a year, which unfortunately ultimately led to Phoenix’s departure.

In april 2022, with an insatiable desire to pick up where they’d left off, the band finally managed to complete the tour that had been rescheduled eight times since their original start – this time with Kevin`s old friend from music school days and John Fogerty Sideman DEVON PANGLE on guitar and singing harmony vocals.

High South set out with their new record PEACE LOVE & HARMONY – REVISITED in their pockets, which contained of unreleased material from the „Peace, Love & Harmony“ Sessions and a great Live Album as a bonus. Ironically the tour of the same name PEACE, LOVE & HARMONY REVISITED took place, while a brutal war was raging only a few hundred miles away…

Just im time for their 10th Anniversary 2023 sees the release of their fifth full legth self produced album titled, FEELS THIS GOOD, and a calendar full of live performances to continue spreading the band´s message of Peace, Love & Harmony and still getting high on that!